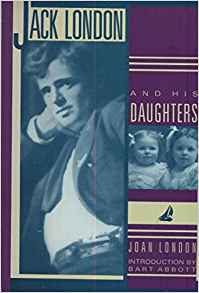 Jack London and His Times: An Unconventional Biography. New York: Doubleday, Doran & Co., 1939. With a new Introduction by the author, Seattle and London: University of Washington Press, 1968. Available at https://archive.org/details/in.ernet.dli.2015.527377/page/n5/mode/2up

Joan London also wrote editorials and brief articles on labor issues for The Voice of the Federation [Maritime Federation of the Pacific], The International Teamster, and Rank and File during the 1930s and 1960s. Several of her Letters to the Editor appeared in San Francisco papers. For a listing of these publications, as well as foreign translations of her books, see James E. Sisson, compiler, "A Chronological Bibliography of the Writings of Joan London," Jack London Newsletter, 4, 1 (January-April, 1971): 6-8.